Farms are started by idealists and run by realists, and Brianna van de Wijngaard is the perfect mix of both. After paying her dues interning on large organic farms, she started her backyard-based business using SPIN-Farming’s multi-locational model in one of the most beautiful landscapes she had ever seen.

Turns out the people of Williams Lake (population: about 10,800) are as beautiful as the scenery.  They immediately supported this ambitious newcomer with the wacky new way to farm, and Brianna quickly had more yards than she needed and a solid base of business. Now in her fourth year, she’ll tell you how much it cost her to get started, what she grew, how she developed her markets and what her plan is for generating $32K from 8,000 sq.ft. this year.

How did you hit on the name Puddle Produce?

It took me a while to come up with one, but I was thinking of it long before I launched so I just waited until it came up. The “Puddle” refers to Williams Lake’s nickname. People call it the puddle because of the lake. And I wanted to farm name to be fun. I also felt “produce” would better reflect the fact that it’s multi-locational, rather than one centralized farm. 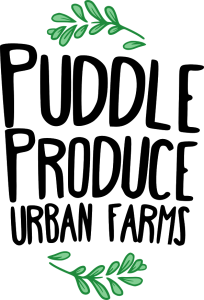 They say it is important to have  a farm identity. How would you describe yours?

My elevator pitch usually always hits the fact that it is lease-based, multi-locational, and within city limits. So people can envision the produce as very local, very accessible, and using a model that beautifies the downtown core.

Did you start out full-time? Are you full-time now? If not, when do you think you will be?

I have always worked part-time while running Puddle Produce. Usually more in the winter, but still about 10-15 hrs in the summer. Then pretty full-time hours on Puddle Produce from about late-March to early-October. I would like to transition to full time (and drop my day jobs) within the next 2 years.

What was your first-year gross income? 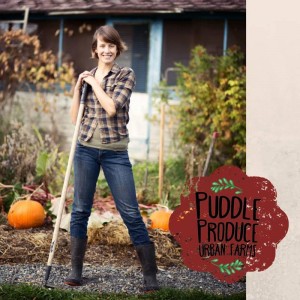 Brianna van de Wijngaard is the owner/operator of Puddle Produce, an urban farm that uses multiple backyards for growing space.

You grew 1540 lbs the first year. Can you estimate about how many units of production that was?

Hmm, I didn’t keep very good records the first year! So that’s tough to answer. But I am aiming to have much better #s to refer to for the 2016 year.

Do you work year round?

I produce some micros during the winter, for our local food retailer, and some wheatgrass trays, but that’s about it. I prefer to have the time off, especially between Oct-Jan. I need that break to get excited about growing food again!

Looks like you are adding meat to your 2016 CSA. How are you doing that?

I just approached a local meat producer in the area, to see if they were interested. We are approaching it very similarly to the Veggie Box set-up, which is a fixed rate for a fixed variety of chicken and pork cuts, but customers can choose to switch out one item, if they want. Then, they get a bit of a deal and easy access through the existing CSA program that I run. So the meat producer was keen to it, because it helps them sell a lot of meat they still have in stock.

No, not much more than that. Because I live in a small town, FB and websites are really the main sources for folks around here. People don’t really use Twitter or Instagram or other online venues. I pay for some ads throughout the year, especially when I’m selling CSA shares.

What do you use for tracking and recrodkeeping? 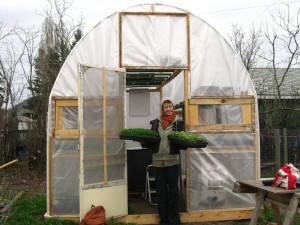 I do really prefer to use mostly spreadsheets, but I am also a tangible record-keeper: I have one master notebook that I take with me everywhere, so there aren’t notes all over the place. Then I can enter data later. Or I’ll use the recorder on my phone. I also use my phone a LOT, especially my calendar. So I can enter important dates to remember right in my cal, when I need to, and my work scheduling is done every week in my cal. But the main pieces, like crop planning, yields, and sales are always done in my main spreadsheets, then I get rid of the paper.

Do you use any outside labor? If so, describe how that works briefly.

Until this year, no. I had been doing it solo, with help on the major projects, like building a walk-in cooler or fixing machinery. But this year, I will hire because I realized how much I end up neglecting simply because I just don;t have the time or energy. So I will hire someone for about 15-20 hrs/wk from April-Sept. I intend to pay them a few $$s over min. wage so that I can afford to choose a person that will be a good fit for the role.

What are your sales channels in 2026 – CSA, Friday farmers market, Cariboo Co-op? Others?

Primary markets will be the farmers market and the CSA. Cariboo Growers is 3rd, and then misc restaurant and direct sales. We don’t have many restaurants here that are typical local food customers (ie: mostly chains) so rest. sales are low for me.

Can you provide a list and quantities of veggies you will be growing in 2016? 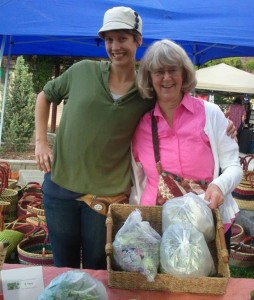 Brianna sells at farmers markets, and her customers love her.

Usually about 25: 22 weeks of the farmers market, plus a few on each end for retail sales.

Find out more about the growing plan and business model Brianna uses here. If you’re not ready to go all-in just yet, get a taste of what starting a backyard-scale farming business is like from our members with a month-to-month membership here. 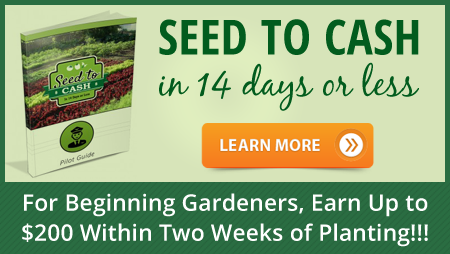 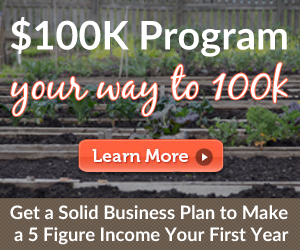